Do We Really Want EVERYONE to Live Forever? 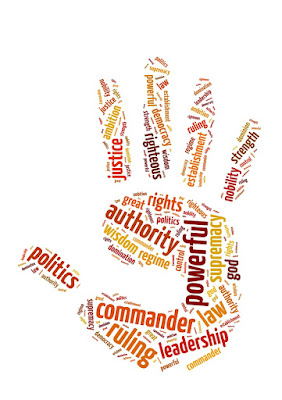 “To those who can hear me, I say, do not despair
The misery that is now upon us is but the passing of greed
The bitterness of men who fear the way of human progress
The hate of men will pass, and dictators die
And the power they took from the people will return to the people
And so long as men die, liberty will never perish.”
~Lyrics from ‘Iron Sky’ by Paolo Nutini

Immortality. The end of death. Calico. Radical life extension. These are the topics near and dear to many of our greatest minds. At its heart, this is the dream of a future time where man no longer succumbs to biological death.

Our desire to beat death is not new. Long have we tried to avoid it, even though death is the only guarantee in life. Not all will drive a Tesla, study at university or even get to eat today, but everyone will die. It is our constant companion. Some learn to live with this inevitability, focusing on the now. Others make all sorts of deals with various spiritual practices in order to ensure the after-life is pleasant. Still others wake each morning in fear of their deaths, unable to live fully because they’re analyzing every activity from the stand point of whether or not it will keep the Grim Reaper at bay.

In the end , we all die. Yet our efforts to avoid life’s final moments have not been in vain. Through science we have changed the game of life significantly. Thanks to vaccines and antibiotics, we’ve added decades to human living. While this has consequences on human evolution and biological reproduction, one thing is clear—we are already living longer. Death still comes for all, but we’ve radically extended human life by conquering the virus and bacterial worlds on a fairly significant level. Have we eradicated disease? No. But we have made progress. The average life expectancy in 2018 is 79 years. In 1920 it was 54.

Yet as long as death still makes her final call, many see time as against us. There are radical life extension programs popping up everywhere. Some focus on genetic cures, others on eradicating disease, others on hormones or organ replacement therapies. Many look to the Singularity, or a merging of our consciousness with machines, to bring the solution. Whatever it is, humanity has long chased this dream and there aren’t any signs of it stopping.

Yet as we march towards an immortal utopia, I can’t help wondering if it’s a good idea. Individually, I’m not sure I’d want to live forever, so as long as there were laws that ensured I could opt out of immortality, I’m fine with progress continuing down this path. But before we get too far, I think we need to ask ourselves, “Do we really want EVERYONE to live forever?”

Now before ya’ll start screaming eugenics, I’m not talking about whether or not some group or race is worthy of immortality. Technology is to be shared, and anytime a single group hoards it, we all suffer. What I’ve been thinking about is the effects of immortality on governance. Because if there’s one thing we can all agree on, it’s that those in power like to stay in power. Death is one of the only ways we can get rid of them. And if a bad leader can’t die, because we’re no longer capable of dying, then how in the world do we recover from devastating leadership?

We don’t have to think like a sci-fi writer to work this out. Right now we can see the effects of improved longevity and poor leadership within the American political and business sectors. Men, and a few women, who refuse to leave their posts as they grow older. Who remain in power, even though there are able bodied folks much younger than them ready to lead. Who refuse to even groom the next generation because they have no intention of stepping down until—you guessed it—death herself forces their hands.

Take the US Congress. A recent study done by Quorum, a public affairs platform, states the following:

Further breakdown shows that within the Democratic Party, the average age is actually 72 years, whereas the Republicans hold an average age of 48. Why is that? I think the emergence of the Tea Party within the Republican Party, which can be seen as a reformation on that party’s politics, did a fairly good job of sweeping out the old, for better or worse. The Democrats haven’t had that type of insurgence take over—yet.

It appears that by and large, congressional Baby Boomers aren’t letting go, unless forced to do so as the Tea Party candidates can attest. Unless someone kills them, or their careers, they’re not going anywhere. Only cancer, party rebellion, or a homosexual affair, will get them to leave.

Not only does this create a power vacuum where no new ideas can come to life, it also prevents the younger generations from taking their rightful place at the table. We’ve had one  sort-of Gen X president, Barack Obama (technically he might be a Boomer, as he was born in '61 and most consider '63 as the Gen X cutoff), who is now 56 years old, yet the election of 2016 gave us Trump (69 at that time), Hillary (68) and Bernie, who was a whopping 74 years old.

Where are the younger Democrats? Are they not involved, or is all the gold going to the elders? Is anyone mentoring them and preparing them to take the reins, or will Generation X be skipped completely, with Millennials taking office at age 60 when the Baby Boomers finally die?

This is an issue, especially in a world where the most powerful have access to the latest life extension technologies. A dictator used to need sons to continue his tyranny, and even then a son could end up being too weak to continue the path. The same thing went with our kings. Good ideas die with people, tis true, but bad ideas need death as a reset, do they not?

I’m not saying we should stop seeking the philosopher’s stone. By all means, keep at it you alchemists of medicine, physics and engineering. But as a society, we need to prepare ourselves for the eventuality that those in power will stay in power, forever, unless we set up restrictions now.

In a society where the life expectancy is already 79, term limits are needed more than ever. Not forced retirement, but forced rotation of work. People will need to keep themselves busy during their golden years (which are now at least 40 years long) and there’s only so much golf that can be played, unless you’re the President of the United States, of course. But we need to encourage people to step down after a certain amount of time. We limit the presidency, we need to limit congress as well as the judiciary branches. A retirement age based on years of service, not an arbitrary age, seems appropriate.

It’s easy to imagine how horrible it would have been if Hitler, Pol Pot or Stalin had lived forever. How about a world where the same people are elected over and over, never stepping down, allowing in the random whipper snapper when a seat becomes vacant? How can one person understand a lifetime of technological and medical advancements at every turn? How can someone stay up-to-date, in order to serve the people and understand the cultural phenomena as they emerge?

Oh wait, no need to imagine such a dismal state of affairs. 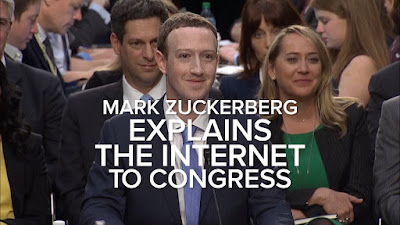 I think the Zuckerberg trials made it abundantly clear that we’re already letting our leaders lead for too long—and it will only get worse when death’s kiss is no longer felt on this earth.