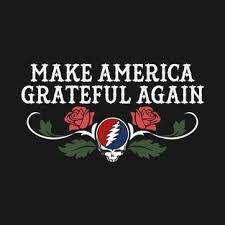 I love the number three, which also includes the various multiples of three. Six is the number of the honeybee. Nine is three times three, what could be better? Stories come to me as trilogies, trinities, trifold, triplets…

This year I celebrate my third anniversary as a published writer. On November 26, 2013, eHuman Dawn was published in Kindle form by Story Merchant Books. This was also when I wrote my first blog on technology and consciousness titled, "Somebody's Watching Me." It appears that while everything has changed in the world, some important issues remain the same, and the American civilian surveillance/Snowden saga is still unresolved.

But my life as a writer started six years ago, when I decided to leave my job and use the time I had been gifted to pursue my lifelong dream of writing. Since then I have written and published a sequel, eHuman Deception and both are now available in paperback, Kindle and in book stores! In addition, I re-edited eHuman Dawn to remove all the various typos as well as began work on the screenplay adaption. Lastly, I just completed a brand new trilogy, traveling back in time to the Great Egyptian Revolt of 200 B.C. to tell a story that Greek historians literally chiseled from history, one monument at a time, in order to hide the fact that native Egypt almost ripped control from the Ptolemy Empire. Researching and writing this saga was one of the best experiences of my life.

2016 was quite a year for unexpected plot twists. It began with the passing of David Bowie, saw the Cubs win the World Series and ended with Donald Trump as our president-elect. It feels like all the rules of life have vanished and now anything is possible. I’m filled with both horror and elation in such a world. Perhaps writers are well suited to the destiny of uncertainty. For six years I’ve been chasing a dream that most would call impossible. But is it? Six years ago I had an idea about a dystopian world where everything is a device on the network, including humanity, yet I had no concept yet of Ankhmakis, the last native Pharaoh of Egypt, nor his story. I stumbled upon it while researching something else and suddenly I found myself in a whole new world. The imagination works that way—you never really know where the muse will take you next.

There are many people who will try to sell you a straight path to publication, to writing that best-selling novel. My journey has told me otherwise. From the plotline to the acquisitions editor, and every step in between, the path of storytelling is one of twists and turns, moments of inspiration, and weeks of nothing. Several rejections followed by a chance meeting at a conference or a friend who mentions your work to a colleague who happens to have a list of editors seeking historical fiction. Hell, last September, I sat down at the computer with every intention of writing the final eHuman book when Pharaoh Ankhmakis demanded I tell his story instead. What followed was a year of work totally unplanned, but wholly worthwhile.

Nothing in life is linear and in a world where the Cubs can win the World Series and a Twitter troll can win the presidency, honestly, I think anything goes. That said, I do have a plan for the next year, and of course it is threefold. First, I hope to finish the screenplay for eHuman Dawn and actively pursue selling it. Second I will finish eHuman Deliverance, the last in that Trilogy. And lastly, I will to sell the Egyptian Trilogy to a major publishing house. If you know any agents or acquisitions editors looking for historical fantasy/fiction/romance, send them my way. I’d be eternally grateful.


Mostly I’m thankful for the life I’ve been given. Living as a storyteller is vulnerable but it is also perfect. I wouldn’t want to spend my days any other way. To those of you who have helped me on my journey, especially my cheerleaders (specifically my dear friend Regan and my husband), editor (the great Stephanie Diaz who helped me shape the Egyptian Revolt into three solid novels) and of course every single reader, I send you thanks and gratitude. Without you, my stories would just be for me. You’re the reason I’ve been a published author for three years and I’m looking forward to sharing my stories with you for at least thirty more.
No comments:

Moving Past the 2016 Election and into the FUTURE...

I voted today and in spite of all the cynicism of my fellow citizens, I enjoyed it. I love going to my local polling place. I live in the mountains and have the luxury of knowing the people who work there, bumping into neighbors and never, ever having to wait in line. We may be the middle of nowhere, but our polling place rocks. Every vote of mine felt good, even the presidency. Those of you who follow my blog know I’m pro third party, so yes, I voted my conscience today, but more over I also got to vote for a US Senator, US Congressperson, State Assembly and TONS of ballot measures (I live in Cali—we had over 17 propositions!)

Voting is always enjoyable. It’s only my attachment to what others choose to do with their votes that cause any pain. So today I’m doing something different—rather than stress about who YOU voted for, I’m celebrating my votes, because they’re mine and I have that freedom.

Truth is, this has been a horrible election not only because our politics are broken, but so is our press. The anxiety that has been drummed up by the media is in my opinion, reaching a critical mass. It’s also incredibly dangerous. What are they thinking? In a world of Twitter and FB, it has never been easier to get people angry and afraid. This makes us incredibly vulnerable as a group. It also makes it very clear that our democracy is in danger. We no longer have a free press, instead we have a fake press, where every FB article needs to be verified and checked. I’ve been blogging now for three years and I use FB to gather articles both for research and to share with my followers. This used to be easier, but during this past election cycle something crucial has become very clear—the amount of fake news websites has grown dramatically. So have the fake memes. Anyone can Photoshop a quote over a picture and most people don’t cross reference. Finding the truth in a pile of lies is only getting harder, and to me this is a huge threat to our democracy.

We can’t get around this without censorship and that’s not going to solve the problem. There are however some deeper changes that we can begin to demand in order to protect ourselves from the predatory media and the politicians whom it serves.

1)      Overturn Citizen’s United.
Get the money out of politics and half these fake news websites that have popped up this cycle will be unfunded. They’re mouthpieces for SuperPACs and they need to go.

2)      Build the Third Party movement.
We need new parties focused on the environment, workers and technology. I’ve begged Libertarians and Progressives to step up and take the lead here (See this blog and this one) and it’s still up to us. We can no longer afford to spend another election cycle arguing about abortion, gays and guns. Religion must be removed from politics and only the Libertarians can force the GOP’s hand. We can’t waste our time anymore focusing on private sexual choices. Let women own their bodies, let people sleep with whomever they want and let families organize themselves on their own beliefs. The time has come to instead address advanced technology and how it affects the economy, environment, infrastructure and our educational system. We must also reduce the military presence overseas. Democrats, you’re not off the hook here. I see little or nothing in the Democratic Party Platform that solves the climate crisis, technological unemployment, genetic advancements, or reducing the military. Both Red and Blue have made it clear they can only focus on guns, abortion and gays in order to manipulate our fears to get us to the ballot box, thus the time has come for new parties to step up and be the adults at this very important time in history.

3)      Streamline the Primaries
We’d take the power from the media if only our election cycle were shortened. Other first world countries can manage this, why can’t we? All parties should follow the same rules and cut the cycle down to 8 weeks for the primaries and 8 weeks for the general election. Here’s an example proposal: No one can declare or promote themselves as a candidate until March of the election year. Every party takes 8 weeks to hold debates, media events, etc and then all voting must take place at the end of May and all on the same day. Conventions can be held in June, each party can have their own week and spotlight in the media. And then the General Election cycle can begin. Why not? Only the media wins in the current situation, where the process often starts 2 years in advance. In an age of social media and the internet, all the current primary system does is sow the seeds of hate, distrust and partisanship. It’s time to stop the nonsense.

4)      Allow Third Party candidates at the General Debates
If we can handle 13+ people on the stage during the GOP Primary season, we can have four candidates, or more, in the general election debates. I realize we don’t want to crowd the national stage with untested candidates at this point in the election, but that’s what the primaries are for. Any candidate who has gone through an official primary and come out the nominee for their party should be allowed to debate. If we do number 3 above, then the process is even easier.

5)      Remove the Electoral College and institute run-off voting.
This would allow your second choice to matter and remove the issue of the “wasted third party vote.” Again, many other first world countries can handle this, and so can we. For a great tutorial on run-off voting and how it works, see here.

It’s obvious that our system for electing officials needs an overhaul. The time is now, as we’re developing new technologies in communications that are disrupting the media. Our electoral system needs to meet us in this new world of instant news and information sharing.

After today let’s not argue about who is president. It’s already old news. Instead, let’s join forces and get involved in changing the system. Together, we can do it.