Rebel Parenting—Raising Scientists and Artists in Our Homes 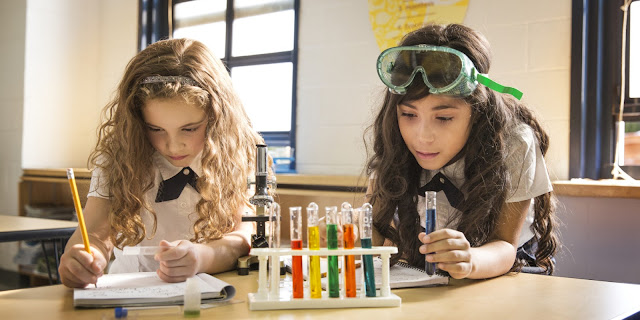 Let’s face it, science and the arts are under attack in America right now. Many have begun to portray science as a liberal conspiracy and view the arts as a liberal social experiment hell bent on ruining society with its loose morals. Recently, the Trump Administration released recommendations for major cuts to scientific research as well as the National Endowment of the Arts.

In a world where most blue collar jobs, and soon many white collar jobs, will never return due to automation and advancements in artificial intelligence, careers in science and the arts are some of the few that will be left for humans to do. Why then is America so determined to shoot itself in the foot and encourage both fields to perish?

For the most part it’s an ideology not unlike the one that ruled the Dark Ages. Art allows freedom of the mind and expression of one’s divinity, without the need of a church or organization. When participating in the arts, a person can find great spiritual fulfillment. Thus, the mind that creates is one that can’t be controlled with fear of the afterlife, because they live so fully in this life.

The same goes for science, which is the investigation of, “Why?” Scientists, like artists, see the world through curiosity and awe, and seek to use objective methods to explain why things work the way they do. Innovation begins in the realm of ideas. It’s said that Nikola Tesla would design and test every machine he ever invented in his mind first, before building it. Like a story or a painting, cures for disease or new machines are born within the imagination, and then through human will, become manifest.

And like art, those who study science are also hard to control. They question everything, and seek answers beyond yes or no. Thinkers are the neutralizers of the binaries, and thus a challenge to any system that seeks power through control.

Thus in these times of alternative facts and fake news, we need artists and scientists more than ever, and it’s no coincidence that funding for their programs is on the chopping block. This doesn’t bode well for our country, and I for one will not sit by and watch it happen.

There is one group of people who can combat this desire to squelch curiosity and awe: Parents. Yes, teachers play a crucial role, but many of them are beholden to the budget cuts that are coming down the line. Parents are still free to create homes where exploration, curiosity and the burning desire to ask why still exist. In our homes we can create spaces to encourage our children to become artists and scientists. This is not only a civic duty, but it is also to protect them, for this generation will need the ability to adapt and be creative in a world where robots perform most of the work humans are now paid to do. Art and scientific discovery will be the last bastions of human domain, and what parent wouldn’t want to prepare their child for such a future?

While the world around us seems to be in chaos, now is the time to dedicate ourselves to homes that create the thinkers of the future. I’ve raised two scientist/artists myself and while we’re not done, both are well on their way to entering careers in science and technology, while also acting and playing music. There are many things we can do as parents to encourage this, but here are some suggestions to get your own inspiration going.

Albert Einstein once said, “If you want your children to be intelligent, read them fairy tales. If you want them to be more intelligent, read them more fairy tales.” Since I’m a voracious reader, I wanted to share stories with my kids early on. We started in-utero, with my husband reading to me, “The Hitchhiker’s Guide to the Galaxy” by Douglas Adams, while I was pregnant. While that’s not really a fairy tale in the purest sense, it did give both my boys the sense of humor they now carry, as well as their love of science fiction, I’m sure of it. When the eldest was born, I continued the habit by reading him “The Little Prince” while nursing. This solidified the ritual of reading to our children and soon after we got our hands on every fairy tale we could. And not the watered down Disney stuff, my kids were raised on the Brothers Grimm and know the true story of the Little Mermaid (spoiler, she’s not that nice). Essentially, reading fairy tales to children opens up their imaginations and allows them to think the unthinkable, which is the beginning of all innovation.

2. Throw out the TV and computer

Children need to be encouraged to have their own thoughts, and today this is harder than ever. TV, YouTube, the smartphone, all these things seek to program our minds. The more you let your child participate in being fed information rather than creating it, the more you dumb them down. This is fairly intuitive, but if you need facts to convince you that screens are not a child’s friend, then simply Google the effects of screen time on your child’s brain. Don’t worry if your kid gets bored because that’s number three!

3. Let your kid be bored

Don’t entertain them. Limit their after school activities. I know that seems counter-intuitive, don’t you need to have them in coding camp, art lessons and dance class by age 6 to be successful? No. Studies actually now show that the busier the childhood, the less motivated they are as students in high school and college. Better to let them be as children and give them space for unsupervised play. Fill the house with quality toys that encourage imagination: blocks, costumes, puppets, balls, jump ropes, items they can make obstacles courses with, dolls and craft/science supplies. Let them experiment. Let them take apart the broken toaster. Let them get dirty. Let them eat bugs. Let them be kids and let them be bored. When my sons asked me to entertain them I’d say, “That’s why there are two of you, now go play with each other.”

4. Let them play an instrument

5. Don’t give them the answer when they ask why

This is so hard, but very effective. When our kids ask why and then we tell them word for word all the details long before they’re intellectually capable, we break their imagination. Again, we fill it with facts, which are rare these days, I know, but young children need to be in awe. Let them figure it out. Instead of telling them, ask, why do you think it is? A young child will have all sorts of crazy answers, let them be. As they get older, they will ask again, and this time have more to say about it. Eventually, they come to find out the answer themselves, either through school, or through reading about it in a book, or hearing the answer in a conversation. Then when they ask why, the time has come to correct them if they have the wrong information, and discuss it further to encourage scientific dialogue. “Why?” is the most important question, especially now, so encourage it by asking them and teaching them to use their minds to create hypotheses, and then discussing those together until the correct answer is found.

Being a parent isn’t easy, but we are our children’s first teachers. Our homes shape society more than any vote we cast or organization we belong to. Within our homes we fashion the minds of the citizens that will inherit the earth. Lao Tzu wrote, “In family life, be present.”

This then is the great work — raising philosopher scientists — which isn’t only important, it’s also a lot of fun.