Where My Demons Hide 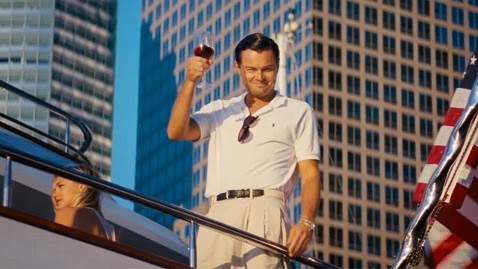 
I've been spending time lately diving deeper into the psyche of the villain. My novel, eHuman Dawn, is the beginning of a trilogy about the beauty and pain that are possible in a future transhumanist society. Thus understanding power and control is key to completing the trilogy in a meaningful way. Technology is making progress in leaps and bounds, not in baby steps, and it's entirely possible that in my lifetime I will have to make a choice between dying or living forever through the aid of machines. What exactly that will be like, I can only imagine. But what I do know with all my heart is that such a "transhumanist wager", as author Zoltan Istvan has coined it, is a very serious wager indeed.

To rely on technology in order to live forever and achieve total health is to rely on those who own the technology to consider our lives as precious and important. This means that business and government leaders need to care for each and everyone of us in a way that considers human consciousness and life as valuable and worthy of investment and protection.

Take an honest look at the leadership in our society today--can we trust them with our lives? With our dreams, desires and hopes? NSA surveillance, drone attacks on innocents, dictators approving genocide, business leaders willing to take risks that leave millions without an income, jobs shipped overseas, goods made in sweatshops, children forced into slavery, mountaintops blown off to heat our houses. Yes, there are great things our leaders do, but more and more we are discovering that often our leaders in business and government act without empathy, without fear and without care for humanity and the world as a whole. Their personal interests come first, and if some people suffer, so be it. Sacrificing the many for the benefit of a few has been a theme in the story of domination for centuries.

What sort of a person would make such cold and unfeeling decisions? Who is able to shut of their empathy to such a degree that the enslavement of children in order to manufacture goods more cheaply is considered a brilliant business decision? Who manipulates others and markets for their own advantage? In the clinical world there is a name for such a person: the psychopath--a distinct subset of humanity who supposedly can't feel love, empathy, shame or compassion. People who operate for their own advantage, to the detriment of all around them.

In a world that rewards the cool, calm and collected human being, is it surprising that our top 1% seem to be distant and callous? For the rest of us, it's no coincidence the use of anti-depressants in America is at an all-time high--we all want to numb ourselves and be distant, detached and level-headed. When our story as a society is that being tough is king and feeling anything at all is for the weak, are we surprised that a businessman might be capable of shipping our jobs overseas in order to make more money for himself? It's the American myth to be independent, self seeking and self-fulfilling. To admit we need each other to grow and learn is to admit defeat.

Eisenstein goes on to explain, "Given any cultural trait, there are always some people who embody it in extreme form, holding up a mirror so that we can recognize it in ourselves. These would be the psychopaths."

At this moment in history, we are in a place of transition between the story of domination and the story of interconnectedness. The path between the two world views is not straight, it's more like a maze. There is a way out, but in order to find it, we must see the bigger picture. Many look to technology to fix this. I would agree with them, but with a bit of caution.

If we develop the technology to live forever before leaving the story of domination, then the possible future could be one of power and manipulation unlike anything we've ever seen. The ability to own us, program us and abuse us would be very great, and extremely tempting to the psychopaths in charge. The machines would hate us, outsource us and eventually render us useless, because their creators saw humanity through those eyes first. Eisenstein suggests this is because, "…our current story facilitates the rise of psychopathy and empowers the psychopath."

But what if we change our story? What if we see that we are one and begin to look upon the connections between us as powerful, rather than as a weakness? What if we begin to see that humanity with all it's knowledge and wisdom is like the internet--connected, open, free and full of possibility? Would we settle for leaders who disdain us? Would we create machines to dominate us? Or would we create a more beautiful world, where technology serves us and the planet, in harmony with the web of life that surrounds us?

To me, the greatest threat to our race is our self-loathing. Ironically, I share this in common with the villain in my novel, Edgar Prince. Yet here's how he and I differ--He thinks humanity is unable to rise up and respect one another, therefore we must be controlled into behaving. I believe we can do it, because it's what we were born to do. Where he sees weakness, I see tremendous potential.

This is a personal development issue and yet, because we are connected, it's a global one as well. To look at ourselves and one another with respect and dignity is a place to start. From there we take it, person by person, all the way to the top. And perhaps, as a result, when we get to the top we'll discover that we aren't a pyramid at all, rather we're one large web of humanity, co-creating a future of possibility, health, beauty, and most of all, mutual respect and honor. Because when we look into the mirror of the story of interconnectedness, we'll see the light of humanity in one anothers' eyes.
4 comments: